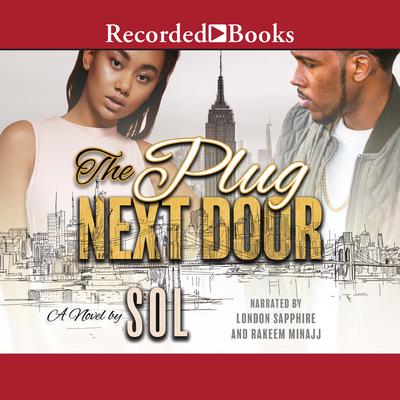 The Plug Next Door

By Sol
Read by London Sapphire  and Rakeem Minajj

Can you imagine what it would be like to live next door to The Plug? God, his name says it all. He’s rich, handsome, powerful, and has a heart of gold. But don’t let his kindness fool you. He’s the street king of New York and rules The Empire State with no holds barred. His reign, both lengthy and fierce, is one to reckon with and everyone knows it.

With the type of power and respect he has, there’s nothing or no one challenging enough to knock him off his game nor his throne. That is until he meets the likes of the gorgeous Dr. Vaughn. Both witty, and domineering, she whisked her way into his life unexpectedly and proved to be his biggest challenge yet. He wants her and will stop at nothing to get her, but there’s one problem: he has a family, and his Queen isn’t ready to relinquish her crown just yet.