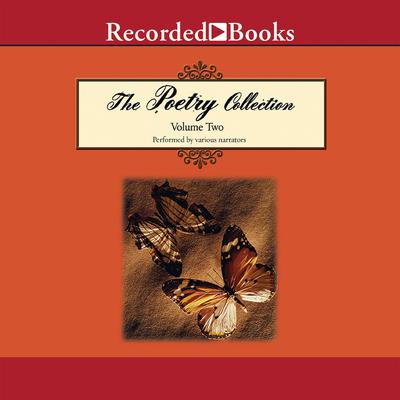 On the European continent and in America, the 19th century was a time of change. Religious, philosophical, and political systems were challenged, scrutinized, and revised. Listen to tape one as the major Victorian poets reflect this era of faith, doubt, and democracy. On tape two, a collection of poems captures all the splendor and insights of North America's greatest writers. Here are the voices that sing out the visions of individualism, democracy, freedom and patriotism that are America's heritage. Tape One, side one (narrated by J. Franklyn-Robbins) Alfred, Lord Tennyson: Ulysses; The Charge of the Light Brigade; Crossing the Bar; Break, Break, Break Robert Browning: My Last Duchess; Porphyria's Lover Tape One, side two:(narrated by J. Franklyn-Robbins, J.McDonough, and V.Leishman) Alfred Noyes: The Highwayman Lewis Carroll: Jabberwocky Matthew Arnold: Dover Beach Rudyard Kipling: If Elizabeth Barrett Browning: How Do I Love Thee? Rupert Brooke: The Soldier Tape Two, side one: (narrated by G. Guidall and J. McDonough) William Cullen Bryant: Thanatopsis Ralph Waldo Emerson: Concord Hymn Walt Whitman: When Lilacs Last in the Dooryard Bloomed Edgar Allan Poe: The Raven Tape Two, side two (narrated by J. McDonough) Longfellow: Paul Revere's Ride Edgar Allan Poe: Annabel Lee Walt Whitman: O Captain! My Captain!, I Hear America Singing Robert Service: The Cremation of Sam McGee Carl Sandburg: Chicago T. S. Eliot: The Love Song of Alfred J. Prufrock Robert Frost: The Road Not Taken