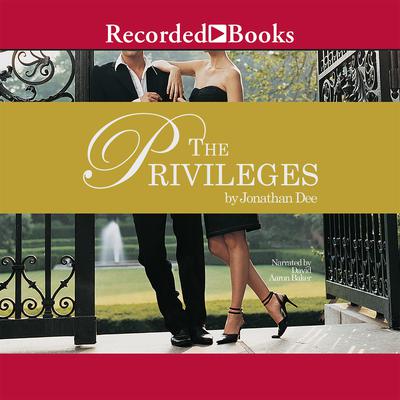 The Privileges: A Novel

A 2011 Pulitzer Prize Finalist for Fiction

Jonathan Dee is the critically acclaimed author of Palladio. With The Privileges, Dee crafts a "suspenseful, melancholy, and acidly funny tale" (Booklist). In it, ambitious couple Adam and Cynthia Morey marry straight out of college and have two children. Then Adam, unfulfilled with his job at a private investment firm, becomes involved in insider trading and gains excessive wealth for his family. But as Adam and Cynthia discover, money can't buy happiness. "Thoughtful and bracingly unpredictable ."-Kirkus Reviews

“The Privileges is verbally brilliant, intellectually astute, and intricately knowing. It is also very funny and a great, great pleasure to read. Jonathan Dee is a wonderful writer.” —Richard Ford, New York Times bestselling author of Canada
“Here is an incredibly readable, intelligent, incisive portrait of a particular kind of American family. Jonathan Dee takes us inside the world of what desire for wealth can do, and cannot do, for the self, the soul, and the family. The Privileges is told with admirable conciseness and yet with great breadth, and the reader is swept along, watching the complications of such desire unfold.” —Elizabeth Strout, New York Times bestselling author of Olive Kitteridge
“The Privileges is an intimate portrait of a wealthy family that gradually becomes an indictment of an entire social class and historical moment, while also providing a window onto some recent, and peculiarly American, forms of decadence. Jonathan Dee is at once an acerbic social critic, an elegant stylist, and a shrewd observer of the human comedy.” —Tom Perrotta, New York Times bestselling author of The Leftovers
“The subjects of money and class are seldom tackled head-on by our best literary minds, which is one of the reasons that Jonathan Dee's The Privileges is such an important and compelling work.The Privileges is a pitch-perfect evocation of a particular stratum of New York society as well as a moving meditation on family and romantic love. The tour de force first chapter alone is worth the price of admission.” —Jay McInerney, New York  Times bestselling author of The Good Life
“Dee notably spurns flat portraits of greed, instead letting the characters' self-awareness and self-forgetfulness stand on their own to create an appealing portrait of a world won by risk.” —Publishers Weekly (starred review)

Jonathan Dee is the author of several novels, a staff writer for the New York Times Magazine, a frequent contributor to Harper’s, and a former senior editor of the Paris Review. He teaches in the graduate writing programs at Columbia and the New School.