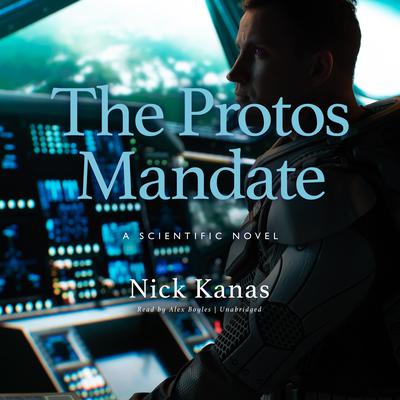 The Protos Mandate: A Scientific Novel

In the twenty-fifth century, the effects of overpopulation and global warming on Earth have led to the formation of human colonies on the Moon, Mars, and elsewhere in the solar system, yet the limited number of viable places forces humanity to look to the stars. A crash program has been developed to send Protos 1, a giant multigenerational starship, to a newly discovered Earth-like planet orbiting a nearby star. The plan is for awake crewmembers to run the ship and for people in suspended animation to be roused before planet fall to use their skills in exploration and colony formation. To fulfill the goals of the mission and ensure that the in-flight population does not deplete the limited resources, the Protos Mandate is set up to govern a tightly controlled social system for the duration of the journey, which will take several generations. But problems threaten to sabotage the mission during its launch and transit and what finally awaits the crewmembers shocks them in an unpredictable way. This novel chronicles the trials and tribulations of this epic first interstellar mission.

Nick Kanas is an Emeritus Professor of Psychiatry at the University of California, San Francisco, where he directed the group therapy training program. For over twenty years he conducted research on group therapy, and for nearly twenty years after that he was the Principal Investigator of NASA-funded research on astronauts and cosmonauts. He is the co-author of Space Psychology and Psychiatry, which won the 2004 International Academy of Astronautics Life Science Book Award, and the author of Humans in Space: The Psychological Hurdles, which won the 2016 International Academy of Astronautics Life Science Book Award. Dr. Kanas has presented talks on space psychology and on celestial mapping at several regional and Worldcon science fiction conventions. A Fellow of the Royal Astronomical Society, he has been an amateur astronomer for over fifty years and is an avid reader of science fiction. He is also the author of two nonfiction books (Star Maps: History, Artistry, and Cartography and Solar System Maps: From Antiquity to the Space Age) and two science fiction novels (The New Martians and The Protos Mandate).