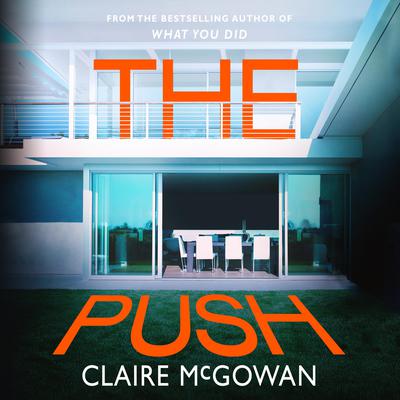 From the bestselling author of What You Did comes a stunning psychological thriller. One party. Thirteen people. By 3.02 p.m., one of them will be dead.

The party should have been perfect: six couples from the same baby group, six newborns, a luxurious house. But not everything has gone to plan, and while some are here to celebrate, others have sorrows to drown. When someone falls from the balcony of the house, the secrets and conflicts within the group begin to spill out …

DS Alison Hegarty, herself struggling with infertility, is called in to investigate. She’s convinced the fall was not an accident, and finds the new parents have a lot to hide. Wealthy Ed and Monica show off their newborn while their teenage daughter is kept under virtual house arrest. Hazel and Cathy conceived their longed-for baby via an anonymous sperm donor—or so Hazel thinks. Anita and Jeremy planned to adopt from America, but there’s no sign of the child. Kelly, whose violent boyfriend disrupted previous group sessions, came to the party even though she lost her baby. And then there’s Jax, who’s been experiencing strange incidents for months—almost like someone’s out to get her. Is it just a difficult pregnancy? Or could it be payback for something she did in the past?

It’s a nightmare of a case, and as events get even darker it begins to look impossible. Only one thing is clear: they all have something to hide. And for one of them, it’s murder.

“Plenty of twists and turns keep you hooked.”  —Crime Monthly
“The Push doesn’t just keep us guessing about the killer but the victim too. The Push is a real whodunit told from the various viewpoints of each character.”  —Crime Reads