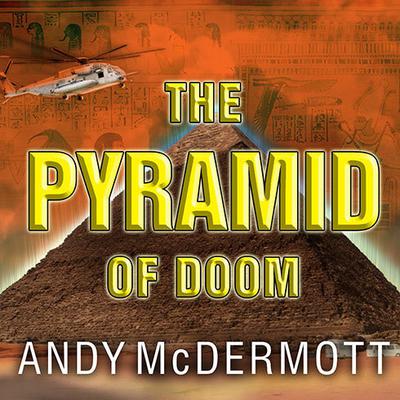 The Pyramid of Doom: A Novel

A BURIED EGYPTIAN TEMPLE. A SECRET KEPT FOR SIX THOUSAND YEARS. A RACE FOR LIFE WORTH KILLING FOR. An international TV audience waits breathlessly as archaeologists prepare to break into a long-hidden vault beneath the Great Sphinx. But archaeology student Macy Sharif has already made her own shocking discovery: a religious cult raiding the site. Their prize? A map that will lead to something far more astounding: the lost pyramid of Osiris. Framed by corrupt officials, Macy goes on the run, trying to reach the only people who can save her before she is silenced—permanently. American archaeologist Nina Wilde—once a renowned scientific explorer, now all but blacklisted by her colleagues—is trying to rebuild her reputation. But Macy's plea for help will send Nina and ex-SAS bodyguard Eddie Chase on the ultimate treasure hunt. From the streets of Manhattan to a yacht off Monaco to a buried desert site, they'll follow an elusive trail stalked by a killer determined to uncover a six-thousand-year-old secret. And beneath the forbidding desert, they'll enter a forgotten world both wondrous and horrifying, where the ancient God of Death has kept his secrets—until now.

No fan of Indiana Jones, Matthew Reilly or action in general will be able to put it down. —Northern Territory News

Andy McDermott is the bestselling author of the Nina Wilde/Eddie Chase series of adventure thrillers, which have been sold in over thirty countries and twenty languages. His debut novel, The Hunt for Atlantis, was published in the US in September 2009, when it became his first of several New York Times bestsellers. A former journalist and movie critic, Andy was the editor of respected UK magazines like DVD Review and the iconoclastic film publication Hotdog. He is now a full-time author. Born in Halifax, England, he now lives in Bournemouth, England.