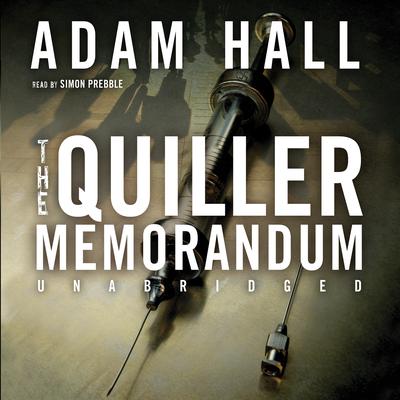 You are a secret agent working for the British in Berlin. You are due to go home on leave, but you are being followed by the enemy—or your own people. A man meets you in the theater and briefs you on a plot to revive the power of Nazi Germany. You do not believe him, but you remember that one of the suspects mentioned was a senior SS officer you met while you were working as a spy in Nazi Germany. Next you make contact with a beautiful girl who may know something. Someone tries to kill both of you.

Your name is Quiller. You are the hero of an extraordinary novel that shows how a spy works, how messages are coded and decoded, how contacts are made, how a man reacts under the influence of truth drugs, and that traces the story of a vastly complex, entertaining, convincing, and sinister plot.