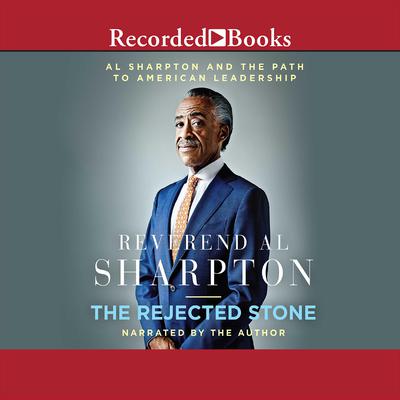 The Rejected Stone: Al Sharpton and the Path to American Leadership

Lord knows, Rev Al has had his personal and very public ups and downs - but he's come out bigger and better than ever. Though the host of MSNBC's PoliticsNation is as fiery and outspoken as ever about the events and issues that matter most, he's learned that the only way we can get right as a nation is by getting right from within. In this, his first book in over a decade, Rev Al will take you behind the scenes of some unexpected places - from officiating Michael Jackson's funeral, hanging out with Jay-Z and President Barack Obama at the White House, to taking charge of the Trayvon Martin case. And he will discuss how he came to his unexpected conclusions in such areas as Immigration, Gay Rights, Religion and the Family. _ But the heart of the book is an intimate discussion of his own personal evolution from street activist, pulpit provocateur and civil rights leader to the man he is today - one hundred pounds slimmer, and according to the New York Observer " the most thoughtful voice on cable." _ No, the Rev. Al you met ten years ago isn' t the same man you' ll meet today. And he has a simple promise: We can transform this nation and we can all lead better lives if we're willing to transform our hearts and transform our minds.

Rev. Al Sharpton is a minister, civil rights activist, and former candidate for 2004 Democratic nomination for president. The host of MSNBC’s PoliticsNation, he has written several works of nonfiction, including The Rejected Stone, Go and Tell Pharoh, and Al on America.