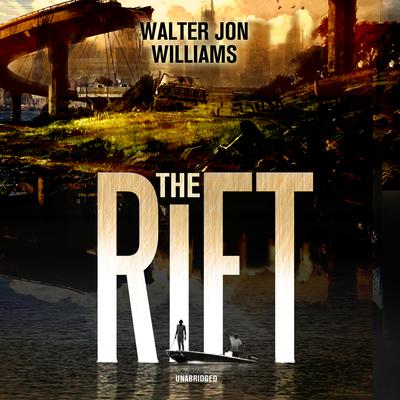 Fast-paced and terrifyingly real, The Rift is a blockbuster novel of destruction, heroism, and survival that is sure to grab fans of recent disaster movies.

It starts with the dogs. They won’t stop barking. And then the earth shrugs—8.9 on the Richter scale. It’s the world’s biggest earthquake since Lisbon in 1755, and it doesn’t hit California or Japan or Mexico, but New Madrid, Missouri, a sleepy town on the Mississippi River. Seismologists had predicted the scope of the disaster—but no one listened.

For hundreds of miles around, dams burst, engulfing entire counties in tidal waves of mud and debris. Cities collapse into piles of brick and shards of glass. Hospitals and schools crumble. Bridges twist and snap, spilling rush-hour traffic into rivers already swollen with bodies. Within minutes, there is nothing but chaos and ruin from St. Louis to Vicksburg, from Kansas City to Louisville. Every bridge down, every highway torn, every house gone.

America’s heartland has fallen into the nightmare known as the Rift, a fault line in the earth that wrenchingly exposes the fractures in American society itself. As a strange white mist smelling of sulfur rises from the crevassed ground, the real terror begins for the survivors, who will soon envy the dead, including:

Walter J. Williams has created a modern American disaster saga, a story based on terrifying fact, filled with non-stop action, peopled with characters who are heartbreakingly real. Witnessing authentic heroes surfacing in the unlikeliest places, you will share their horror, feel their despair, and triumph with them in their struggle to survive. One thing you will know for sure: It can happen here. And sooner or later, it will.

“I was so engrossed in—and engaged by—The Rift that I forgot that I don’t like disaster novels. This book is an impressive achievement.” —Stephen R. Donaldson, New York Times bestselling author
“A breakout book that you’ll swear the author lived.” — SF Age
“Williams delivers the requisite thrills and set pieces—but he also, to paraphrase Conrad, offers a bit of that truth for which they forgot to ask.” —Locus magazine
“Each character’s story would make a terrifying disaster novel on its own, and Williams handles them all deftly, weaving their threads through the apocalyptic postquake landscape. The Rift is a magnitude 9 novel—you’ll walk gingerly on the quiet earth when you’re done reading.” —Amazon.com
“With the same vigorous eloquence he brings to cutting-edge sf, the author of Voice of the Whirlwind depicts a continent divided not only by the forces of nature but by the all-too-human rifts that separate individuals from each other. Part social commentary, part disaster novel, this near-future drama should appeal to fans of cataclysmic fiction. Highly recommended for general and sf collections.” —Library Journal
“Rousing adventures involving an impressively vivid cast of characters…plausible, sturdy, compelling." —Kirkus Reviews

Walter Jon Williams has been nominated for every major science fiction award, including Hugo and Nebula award nominations for his novel City on Fire. His books include The Sundering, The Praxis, Destiny’s Way, and The Rift. He lives near Albuquerque, New Mexico, with his wife.