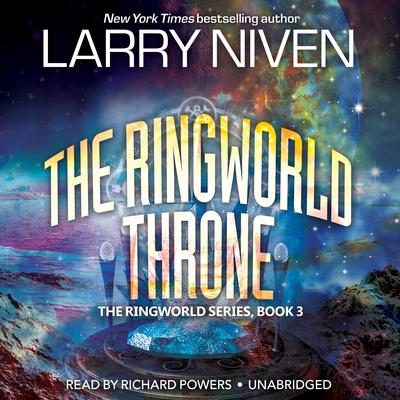 Come back to the Ringworld—the most astonishing feat of engineering ever encountered. A place of untold technological wonders, home to myriad humanoid races, and world of some of the most beloved science fiction stories ever written.

The human Louis Wu; the puppeteer known as the Hindmost; Acolyte, son of the Kzin called Chmeee: legendary beings brought together once again in the defense of the Ringworld. Something is going on with the protectors. Incoming spacecraft are being destroyed before they can reach the Ringworld. Vampires are massing. And the Ghouls have their own agenda—if anyone dares approach them to learn.

“Readers who remember Ringworld from earlier encounters will no doubt relish the latest installment of the saga.” —New York Times Book Review
“Niven’s work has been an intriguing and consistent universe, and this book is the keystone of the arch…[His] technique is wonderfully polished, his characters and their situations are nicely drawn…Wraps up (maybe) a corner of a very interesting universe.” —San Diego Union-Tribune
“Another sequel to Ringworld is cause for celebration…Any addition to Niven’s famous series should attract plenty of readers.” —Booklist
“Vampires gather, the Protectors interfere with other species, and someone is destroying incoming spacecraft, forcing Louis Wu to return to become Ringworld’s Central Protector…Highly recommended for SF collections.” —Library Journal
“An honored SF writer returns to his best-known creation: the artificial world, built far from Earth by aliens over a half million years ago, in the form of a ring six hundred million miles in diameter, hosting an astonishing multitude of inhabitants and cultures. This third fictional voyage to the Ringworld…displays Niven’s deft hand at portraying aliens.” —Publishers Weekly
“Ringworld admirers will surely wish to investigate.” —Kirkus Reviews