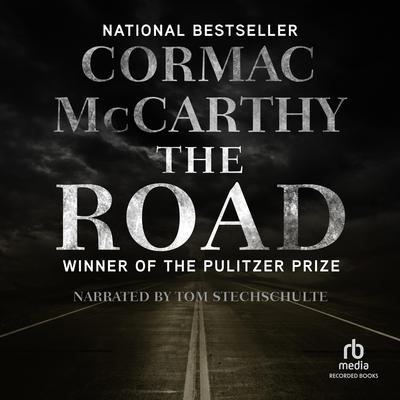 Winner of the 2007 Pulitzer Prize for Fiction

An Oprah’s Book Club Selection in 2007

A 2006 Christian Science Monitor Book of the Year for Fiction

A Top 100 NPR Best Book for Science Fiction and Fantasy

A 2006 ALA Notable Book Finalist for Fiction

One of the 2006 Amazon Best Books of the Year

The searing, postapocalyptic novel destined to become Cormac McCarthy's masterpiece. A father and his son walk alone through burned America. Nothing moves in the ravaged landscape save the ash on the wind. It is cold enough to crack stones, and when the snow falls it is gray. The sky is dark. Their destination is the coast, although they don't know what, if anything, awaits them there. They have nothing; just a pistol to defend themselves against the lawless bands that stalk the road, the clothes they are wearing, a cart of scavenged food-and each other. The Road is the profoundly moving story of a journey. It boldly imagines a future in which no hope remains, but in which the father and his son, "each the other's world entire," are sustained by love. Awesome in the totality of its vision, it is an unflinching meditation on the worst and the best that we are capable of: ultimate destructiveness, desperate tenacity, and the tenderness that keeps two people alive in the face of total devastation.

“The Road is the logical culmination of everything [McCarthy]'s written.” —Newsweek
“The Road is a wildly powerful and disturbing book that exposes whatever black bedrock lies beneath grief and horror. Disaster has never felt more physically and spiritually real.” —Time
“Illuminated by extraordinary tenderness…Simple yet mysterious, simultaneously cryptic and crystal clear. The Road offers nothing in the way of escape and comfort. But its fearless wisdom is more indelible than reassurance could ever be.” —New York Times
“A dark book that glows with the intensity of [McCarthy’s] huge gift for language…Why read this?…Because in its lapidary transcription of the deepest despair short of total annihilation we may ever know, this book announces the triumph of language over nothingness.” —Chicago Tribune
“No American writer since Faulkner has wandered so willingly into the swamp waters of deviltry and redemption…[McCarthy] has written this last waltz with enough elegant reserve to capture what matters most.” —Boston Globe
“We find this violent, grotesque world rendered in gorgeous, melancholic, even biblical cadences…Few books can do more; few have done better. Read this book.” —Rocky Mountain News
“The love between the father and son is one of the most profound relationships McCarthy has ever written.” —Christian Science Monitor