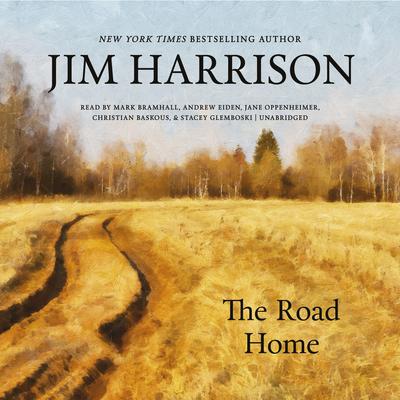 The Road Home lies in the shadows of Manifest Destiny and Wounded Knee; it is etched into the landscape of an old man’s memory and into the stubborn dreams of a young man’s heart. In one of Jim Harrison’s greatest works, five members of the Northridge family narrate the tangled epic of their history on the expanses of the Nebraska plains. They strive to understand their fates, to reconcile with demons of the past, to live in accordance with the land and to die with grace. As the family grapples with the mysterious forces that both pull them apart and draw them inextricably back together, they must come to term with life’s greatest and hardest lessons: the deception of passion, the pain of love, the vitality of art, and the supplication to nature’s generosity and fury.

“This novel-chronicle, laced with social criticism, will surely satisfy Harrison’s legion of fans, make new admirers of first-time readers of his work, and ultimately take its place among the major works of American literature.” —Booklist
“A vivid meditation on the defining power of the family, and of the kind of redemption offered by an awareness of nature’s rather pitiless beauty.” —Kirkus Reviews
“A graceful novel…To read this book is to feel the luminosity of nature in one’s own being.” —New York Times Book Review