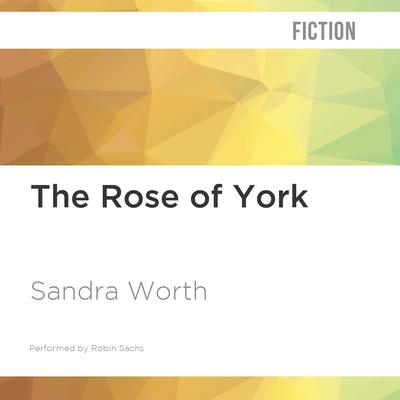 The Rose of York: Crown of Destiny

By Sandra Worth
Read by Robin Sachs

The Rose of York Trilogy: Book 2

Sandra Worth's Crown of Destiny, her second novel in a trilogy about Richard III, picks up shortly after the first book's conclusion, with Richard finally wed and attempting to safeguard his new family from the machinations of his brother Edward IV's court. This is a fast listen, but one that never lags. Richard grows in this unusual portrayal of a humane man in an inhumane time, one who must confront challenging choices that threaten to rend his world apart, and contend with the own darkness in his own nature. It also paves the way for the third and final book in the trilogy.

Once again, Ms. Worth succeeds in bringing to life the tumultuous era of the last of the Plantagenets, as well as offering a different interpretation of a much-maligned historical figure, one that compliments the canon rather than detracts from it. In particular, Richard's love for Anne and his hopes for England are poignantly rendered, while the obvious meticulous research never intrudes on the narrative. A moving listening experience for all lovers of historical fiction, this book deserves its place on the shelf beside the other illustrious authors who have undertaken the difficult task of elevating Richard from the myths surrounding him.