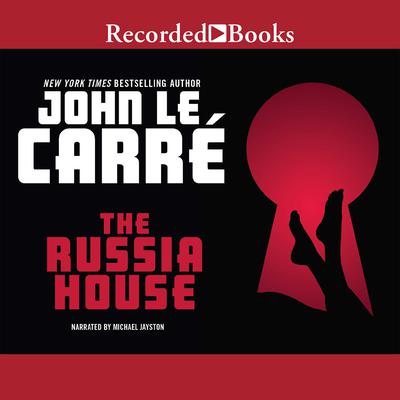 John le CarrE has earned worldwide acclaim with extraordinary spy novels, including The Russia House, an unequivocal classic. Navigating readers through the shadow worlds of international espionage with critical knowledge culled from his years in British Intelligence, le CarrE tracks the dark and devastating trail of a document that could profoundly alter the course of world events. In Moscow, a sheaf of military secrets changes hands. If it arrives at its destination, and if its import is understood, the consequences could be cataclysmic. Along the way it has an explosive impact on the lives of three people: a Soviet physicist burdened with secrets; a beautiful young Russian woman to whom the papers are entrusted; and Barley Blair, a bewildered English publisher pressed into service by British Intelligence to ferret out the document's source. A magnificent story of love, betrayal, and courage, The Russia House catches history in the act. For as the Iron Curtain begins to rust and crumble, Blair is left to sound a battle cry that may fall on deaf ears.