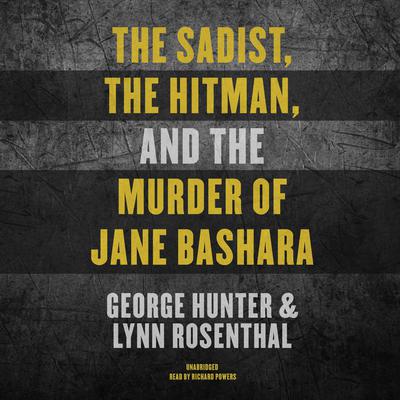 The Sadist, the Hitman, and the Murder of Jane Bashara

By George Hunter  and Lynn Rosenthal
Read by Richard Powers

“Big Bob” Bashara put on a respectable face. To his friends in Detroit’s affluent suburb of Grosse Pointe, he was a married father of two, Rotary Club President, church usher, and soccer dad who organized charity events with his wife, Jane.

To his “slaves,” he was “Master Bob,” a cocaine-snorting slumlord who operated a sex dungeon and had a submissive girlfriend to do his bidding—and he wanted more slaves to serve him. But Bashara knew he couldn’t rule a household of concubines on his income alone. He eyed his wife’s sizable retirement account and formulated a murderous plan.

This meticulous account tells the complete story of the crime, the nationally watched investigation and trials, and the lives affected.

George Hunter has covered crime for the Detroit News for more than twenty years, winning several awards for his coverage of the Jane Bashara murder.

Lynn Rosenthal is a Detroit-area freelance writer who has spent two decades in the legal field.