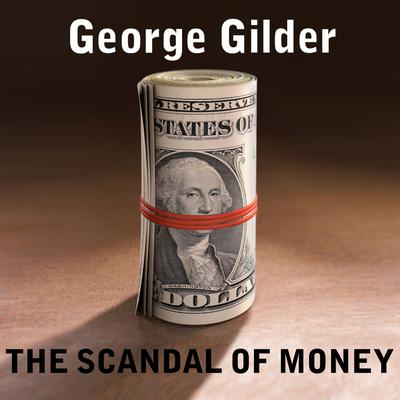 The Scandal of Money: Why Wall Street Recovers but the Economy Never Does

Why do conservatives have such a hard time winning the economic debate in the court of public opinion? Simple, George Gilder says: Conservatives misunderstand economics almost as badly as liberals do. Republicans have been running on tax cut proposals since the era of Harding and Coolidge without seriously addressing the key problems of a global economy in decline. Enough is enough. Gilder, author of the New York Times bestseller Wealth and Poverty, proposes a completely new framework for understanding economic growth that will replace failed twentieth-century conservative economics and turn the economic debate—and the country—around.

George Gilder shows that money is time,=, and time is real. He is our best guide to our most fundamental economic problem. —Peter Thiel, founder of PayPal

George F. Gilder is a journalist, New York Times bestselling author, and preeminent economic thinker who is credited with helping develop the supply-side economic theory. He has served as chairman of the Lehrman Institute’s Economic Roundtable, was program director for the Manhattan Institute, and is the cofounder of the Discovery Institute. He is the author of many popular books and has written for the Wall Street Journal, National Review, Forbes, and other publications. He lives in New York with his wife.