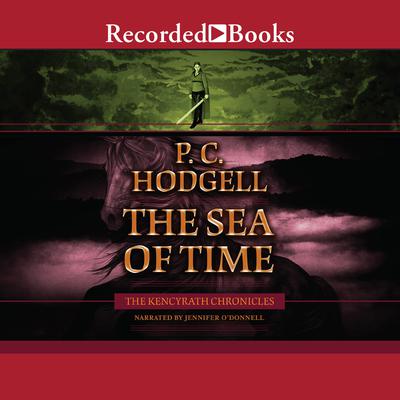 The Sea of Time

New novel in the Kencyrath series, sequel to Honor's Paradox. Adventure in a well-crafted high fantasy land. Kothifir the Great, ruled by an obscenely obese god-king, peopled with colorful, dueling guilds, guarded by the Southern Host of the Kencyrath. Here Jame arrives, only to find that the turbulent city claims more of her attention as the Talisman than the Host's training fields do as a second year randon cadet. Mysteries abound: Caravans plunge deep into the hostile Southern Wastes and return laden with fabulous riches -- from what source, and why do they crumble to dust if not claimed by the god-king's touch? Karnids from Urakarn prowl the shadows, preaching the return of their mysterious prophet. An unstable Kencyr temple rumbles in the outer, decayed rings of the city. Then too, someone in the Host's camp is trying to get Jame killed. In order to save the present, Jame must search the past, be it fifteen years ago when as a boy her brother Torisen arrived here, unknown and unwanted, or three thousand years ago when the Wastes were a great sea ringed with rich civilizations. Somehow, Tori survived. Somehow, the cities of the plain were destroyed in one catastrophic night. Now Kothifir's gods have lost their power and its proud towers are falling. What curse out of the past has struck it? Jame, a potential Nemesis, must try to stop the destruction--without undoing time itself.