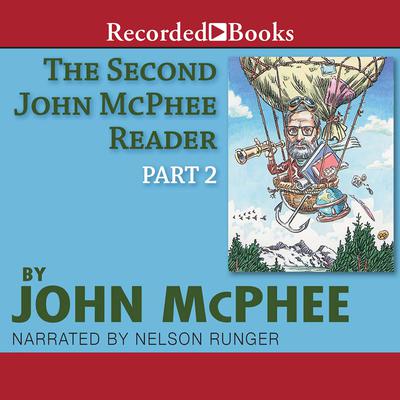 For a person who has not encountered John McPhee's lively writing, The Second John McPhee Reader is the perfect introduction. McPhee, author of Coming Into the Country, punctuates his delightful prose with a sharp sense of humor, and a fascination with things most of us never bother to notice. Whether he's profiling a northern Maine game warden named John McPhee in Table of Contents, or tracking down a fortune in "unofficial" art from the Soviet Union's Khrushchev-Brezhnev era in The Ransom of Russian Art, McPhee gives the listener an intimate and provocative glimpse at the physical landscape and into the people who are shaped by it. This Reader showcases a writer who not only is in absolute command of his craft, but also who revels in the pleasures of a fragile world. Narrator Nelson Runger's gravelly voice powerfully conveys McPhee's understated writing. Intriguing and thought-provoking, this audiobook is a must-listen for anyone interested in the natural or human worlds.