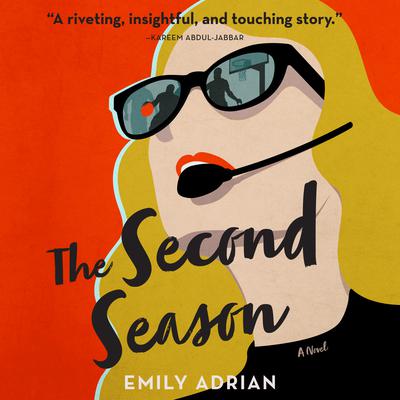 The Second Season: A Novel

Ruth Devon starred for Georgetown Basketball back in college—until she injured her knee, married her coach, and found a new career calling games on the radio. Twenty years later, Ruth and her now-ex-husband, Lester, are two of the most famous faces in sports media. When Lester decides to retire from the announcers’ booth, Ruth goes after his job. If she gets it, she will be the first woman to call NBA games on national television.

For now, Ruth is reporting from the sideline of the NBA finals, immersed in the high-pressure spectacle of the post-season. But in a deserted locker room at halftime, Ruth makes a discovery that shatters her vision of her future. Instantly, she is torn between the two things she has always wanted most: the game and motherhood.

With warmth and incisive observation, Adrian brings to life the obsessions, emotions, and drama of fandom. The Second Season asks why, how, and whom we watch, while offering a rich and complicated account of motherhood, marriage, and ambition. Adrian’s character study of Ruth Devon illuminates a beautiful basketball mind—and the struggle of a woman who claims authority in a male-dominated world.

“The spare, bold latest from Adrian follows a sportswriter as she reckons with middle age…Even the sports-averse will be caught up in the drama.” —Publishers Weekly
“Those who have been waiting for a sports book with heart will devour the novel. The fresh story is enhanced by Adrian’s smooth, absorbing writing. A perfect pick for book clubs.” —Booklist
“In Emily Adrian’s hands, the most exciting story during the NBA Finals is not on the court, but on the sidelines. This book will draw you in right away and you won’t put it down until you’ve read the final sentence.” —Tom McAllister, author of How to Be Safe
“Women with ambition, especially in sports, are often told: ‘Be quiet. Shrink. Don’t dream too big.’ Emily Adrian’s The Second Season squashes any notion of that. It shines in its portrayal of a woman protagonist who will not dim her light. This book is brilliant, engrossing and should be read by every person, basketball fan or not. My only wish is that Adrian had written this when I was a young girl, because it would have made me feel seen, encouraged, and understood.” —Mirin Fader, staff writer for The Ringer and author of Giannis: The Improbable Rise of an NBA MVP
“Sometimes it is scary reading Emily Adrian because she is honest in a way that hurts. She is brave and she is brutal. You don’t have to love basketball or care about motherhood to love this book, but this book will make you fall in love with both. I’m a goner; I will read anything she writes.” —Rufi Thorpe, author of The Knockout Queen
“Sport and bodies and ambition, motherhood and womanhood and obsession: Emily Adrian’s The Second Season masterfully gets you inside the particular thrill of sport whether it was ever capable of thrilling you before, and, deftly and warmly, pulls off the extraordinary feat of forcing you to root for a complicated, unapologetically ambitious fortysomething woman who also happens to be a mom. I loved this novel for its alacrity and its humanity and its humor, its attention to the body, and its willingness to let its characters pursue impossible-seeming dreams.” —Lynn Steger Strong, author of Want
“To borrow a sports idiom, Emily Adrian really stuffs the stat sheet here. She writes as engagingly and insightfully about basketball and broadcasting as she does about work, love, friendship, ambition, motherhood, aging, and the power and frailty of the body. Smart, tough, passionate Ruth Devon is a winning protagonist, and her poignant story is both suspenseful and meditative. The Second Season is a terrific sports novel, yes, but it’s also just a terrific novel.” —Chris Bachelder, author of The Throwback Special 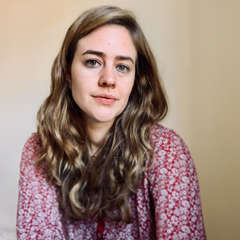 Emily Adrian is the author of two critically acclaimed young adult novels, Like It Never Happened and The Foreseeable Future, and two adult novels, Everything Here Is under Control and The Second Season. She lives in New Haven, Connecticut, with her husband, her son, and their dog, Hank.