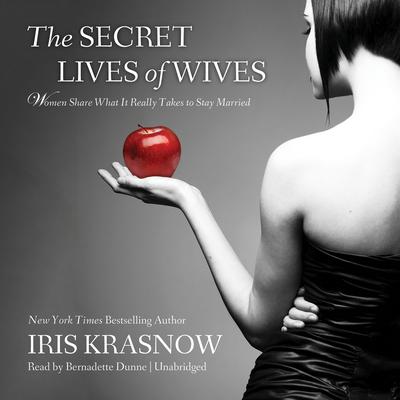 The Secret Lives of Wives: Women Share What It Really Takes to Stay Married

America’s high divorce rate is well known, but little attention has been paid to the flip side: couples who creatively (sometimes clandestinely) manage to build marriages that last longer than we ever thought possible. What’s the secret? To find out, bestselling journalist Iris Krasnow interviewed more than two hundred wives whose marriages have survived for fifteen to seventy years. They are a diverse cast, yet they share one common and significant trait: they have made bold, sometimes secretive and shocking, choices on how to keep their marital vows, “till death do us part,” as Krasnow says, “without killing someone first.”

In raw, candid, titillating stories, Krasnow’s cast of wise women give voice to the truth about marriage and the importance of maintaining a strong sense of self apart from the relationship. Some spend summers apart. Some make time for wine with the girls. One septuagenarian has a recurring date with an old flame from high school. In every case, the marriage operates on many tracks, giving both spouses license to pursue the question, who am I apart from my marriage? Krasnow’s goal is to give women permission to create their own marriages at any age. Marital bliss is possible, she says, if each partner is blissful apart from the other.

A fascinating window on the many faces of modern relationships, The Secret Lives of Wives brims with inspiring and daring examples of women who have it both ways: a committed marriage and personal adventures in uncharted territory. For anyone who wants to stay married and stay sane, this is the book to read.

“A wife of twenty-three years and mother of four grown sons, Krasnow advises wives that if they care about their families they ‘should find a way to make their marriage work’…A spirited, frequently perceptive work that aims to fix marriages by empowering wives.” —Publishers Weekly
“Sounding mature and comfortable with who she is, Bernadette Dunne narrates this enlightening collection of interviews. Her voice is worldly but not condescending, and her empathetic interpretations of poignant quotes are well nuanced.” —AudioFile

Iris Krasnow is the author of the New York Times bestseller Surrendering to Marriage, as well as Surrendering to Motherhood, Surrendering to Yourself, and I Am My Mother’s Daughter. She has appeared on numerous national shows, ranging from Oprah and Good Morning America to All Things Considered. She lives in Maryland with her husband and four sons.