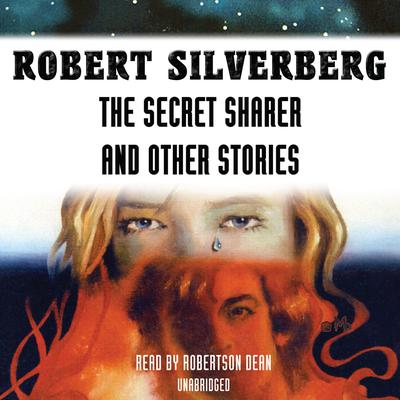 The Secret Sharer and Other Stories

These three haunting tales by science fiction master Robert Silverberg creatively explore the idea of faith and its place in the future of humankind.

In the Nebula-winning short story "Good News from the Vatican," the world awaits the announcement of the next elected pope. Among the candidates is a robot cardinal. "Every era gets the pope they deserve," observes a bishop.

In "The Secret Sharer," a young, untested officer is put in command of a large starship carrying passengers in the form of digitized matrices.

The novella We Are for the Dark is the story of the Lord Magistrate, a high ranking official of the Order, sent to the outer provinces of the galaxy to ensure that all is in the control of the Master. As he drifts further from the center of his civilization, he finds himself losing his grasp on his ideals, identity, and religion.

Robert Silverberg’s first published story appeared in 1954 when he was a sophomore at Columbia University. Since then, he has won the prestigious Nebula Award five times and the Hugo Award five times. He has been nominated for both awards more times than any other writer. In 1999 he was inducted into the Science Fiction Hall of Fame, and in 2004 the Science Fiction and Fantasy Writers of America gave him their Grand Master Award for career achievement. He remains one of the most imaginative and versatile writers in science fiction.