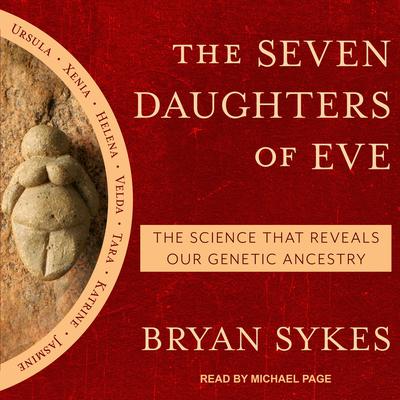 The Seven Daughters of Eve: The Science That Reveals Our Genetic Ancestry

One of the most dramatic stories of genetic discovery since James Watson's The Double Helix—a work whose scientific and cultural reverberations will be discussed for years to come. In 1994 Professor Bryan Sykes, a leading world authority on DNA and human evolution, was called in to examine the frozen remains of a man trapped in glacial ice in northern Italy. News of both the Ice Man's discovery and his age, which was put at over five thousand years, fascinated scientists and newspapers throughout the world. But what made Sykes's story particularly revelatory was his successful identification of a genetic descendant of the Ice Man, a woman living in Great Britain today. How was Sykes able to locate a living relative of a man who died thousands of years ago?

In The Seven Daughters of Eve, he gives us a firsthand account of his research into a remarkable gene, which passes undiluted from generation to generation through the maternal line. After plotting thousands of DNA sequences from all over the world, Sykes found that they clustered around a handful of distinct groups. Among Europeans and North American Caucasians, there are, in fact, only seven.

Bryan Sykes is the author of the New York Times bestseller The Seven Daughters of Eve and a former professor of human genetics at Oxford University. His company, Oxford Ancestors, is a genealogical DNA testing firm. He has been involved in a number of high-profile cases involving ancient DNA, most notably that of Ötzi the Iceman and Cheddar Man, two well preserved natural mummies. Sykes’ other books include Adam’s Curse: A Future Without Men, Blood of the Isles: Exploring the Genetic Roots of Our Tribal History, and The Human Inheritance: Genes, Language, and Evolution.