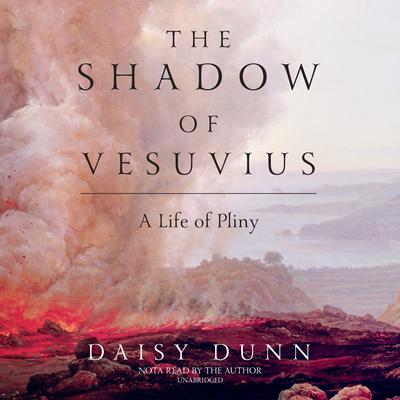 The Shadow of Vesuvius: A Life of Pliny

A #1 Amazon.com bestseller in History of Italy

A Booklist Pick of Books That Will Transport Listeners through Time

When Pliny the Elder perished at Stabiae during the eruption of Vesuvius in 79 AD, he left behind an enormous compendium of knowledge, his thirty-seven-volume Natural History, and a teenaged nephew who revered him as a father. Grieving his loss, Pliny the Younger inherited the Elder’s notebooks―filled with pearls of wisdom―and his legacy. At its heart, The Shadow of Vesuvius is a literary biography of the younger man, who would grow up to become a lawyer, senator, poet, collector of villas, and chronicler of the Roman Empire from the dire days of terror under Emperor Domitian to the gentler times of Emperor Trajan. A biography that will appeal to lovers of Mary Beard books, it is also a moving narrative about the profound influence of a father figure on his adopted son. Interweaving the younger Pliny’s Letters with extracts from the Elder’s Natural History, Daisy Dunn paints a vivid, compellingly readable portrait of two of antiquity’s greatest minds.

“A fascinating biography, as well as a celebration of nature, a study of literature and the human soul, and a lens into Roman society itself. This work of both scholarship and entertainment is a delight.” —Simon Sebag Montefiore, New York Times bestselling author
“A British classicist’s lively dual biography of two eminent Romans.” —New York Times Book Review
“Dunn knits their lives together well and analyses the influence that they would have later on scholars from the Italian Renaissance to the English Romantic poets.” —The Times (London)
“An immensely entertaining and readable portrait of the younger Pliny. Thoroughly recommended.” —Sunday Times (London)
“An enthralling and ambitious book. Dunn has a great eye for a story and writes wonderfully.” —Daily Telegraph (London)
“A portrait of the Roman Empire that gives the reader something of the shiver down the spine that Herculaneum can inspire.” —Literary Review
“A rich, entertaining dual biography of two fascinating men, a revealing portrait of ancient Rome, and a celebration of nature.” —Booklist (starred review)
“Mike Grady’s narration…his intelligence and sensitivity go beyond the basics of a clear, incisive voice, a British accent, and good pacing. He reads in a kind of confidential tone, as if speaking of personal matters with care and consideration, all of which engage the listener. Beyond that, he gives an elegiac sense to this story of a life now long gone, making this audiobook affecting as well as informative.” —AudioFile
“A book that feels less like a biography than an appreciation of both men…Enthusiastic and vividly drawn.” —Library Journal
“The Roman Empire comes to life through the biographies of two influential men…A sensitive, spirited investigation of the ancient world.” —Kirkus Reviews
“Starts with an erupting volcano—and then gets more exciting. A wonderfully rich, witty, insightful, and wide-ranging portrait of the two Plinys and their world.” —Sarah Bakewell, author of How to Live
“Dunn’s supple prose captures the drama of Pliny’s life, full of erupting volcanoes, mad emperors, and stoic philosophers, following him from Northern Italy to the Near East. Along the way, she evokes the smells, sights, and sounds of everyday life.” —Martin Puchner, author of The Written World
“An absolute delight. Meticulously researched and beautifully crafted, it shines a clear beam of light into the private lives of Pliny the Elder and Younger.” —Giles Milton, author of Churchill’s Ministry of Ungentlemanly Warfare

Daisy Dunn studied classics at Oxford, earned a master’s degree in art history at the Courtauld, and completed a doctorate in classics and art history at University College London. She writes for the Daily Telegraph, Newsweek, the Spectator, the Times Literary Supplement, and History Today.