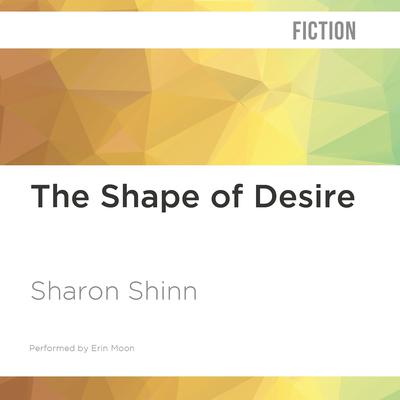 The Shape of Desire

For 15 years Maria Devane has been desperately, passionately in love with Dante Romano. But despite loving him with all of her heart and soul, Maria knows that Dante can never give all of himself back—at least not all the time. Every month, Dante shifts shape, becoming a wild animal. During those times, he wanders far and wide, leaving Maria alone. He can't choose when he shifts; the transition is often abrupt and, as he gets older, the time he spends in human form is gradually decreasing. But Maria, who loves him without hesitation, wouldn't trade their unusual relationship for anything.

Since the beginning, she has kept his secret, knowing that their love is worth the danger. But when a string of brutal attacks occur in local parks during the times when Dante is in animal form, Maria is forced to consider whether the lies she's been telling about her life have turned into lies she's telling herself.

Sharon Shinn is the author of the Samaria series, the Twelve Houses series, Heart of Gold, Jenna Starborn, Summers at Castle Auburn, Wrapt in Crystal, Troubled Waters, and several novellas and short stories. She received a degree in journalism from Northwestern University and currently writes about management education for a trade magazine, writing fiction in her spare time. Her first novel, The Shapechanger’s Wife, was selected by Locus as the Best First Fantasy Novel of 1995, and she has won the William C. Crawford Award for Outstanding New Fantasy Writer.