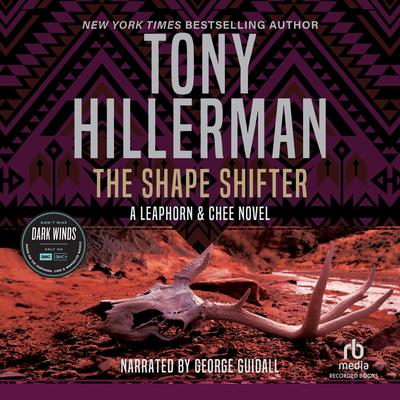 Lt. Joe Leaphorn, who can't seem to stay retired, investigates a case that takes him back to his earliest days with the Navajo Tribal Police. When Erwin Totter's trading post burned to the ground back in 1965, the news that Ray Shewnack, a fugitive on the FBI's Most Wanted List, had perished in the blaze drew all available officers to the scene. Joe Leaphorn (Skeleton Man, 2004, etc.) was pulled away from Grandma Peshlakai's, where he'd gone in hopes of recovering the ten gallons of pinyon sap stolen from her. It was a waste of time, Grandma Peshlakai insisted, since the man was certainly dead. Now Leaphorn's old friend Mel Bork, a private eye in Flagstaff, has disappeared after sending Leaphorn a photograph of a tribal rug that's supposed to have been destroyed in the Totter fire. If the rug survived-and when Leaphorn treks out to Flagstaff to examine it as it hangs on the wall of big-game hunter Jason Delos's lodge-maybe Shewnack, a holdup artist who managed to kill two victims and finger his three accomplices to the police, isn't dead after all. (Kirkus Reviews)