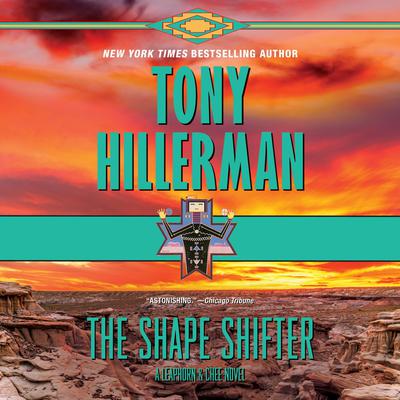 The Shape Shifter: A Leaphorn and Chee Novel

The Leaphorn and Chee Series: Book 18

“With The Shape Shifter, Hillerman once again proves himself the master of Southwest mystery fiction, working in a Hemingway-esque tradition of pared-down writing to bring the rugged Southwest into focus.”—Santa Fe New Mexican

Legendary Lieutenant Joe Leaphorn is drawn back into the past to solve a cold case that has haunted him for nearly a decade in this atmospheric and twisting mystery infused with the Native American culture and lore of the desert Southwest.

But there is that rare unsolved investigation that haunts every lawman, including the legendary Leaphorn. Joe still hasn’t let go of his “last case”—a mystery involving a priceless Navajo rug that was supposedly destroyed in a fire. Nine years later, what looks like the same one-of-a-kind rug turns up in a magazine spread, and the man who showed Joe the photo has gone missing.

With Chee and Bernie on their honeymoon, Leaphorn plunges into the case solo, picking up the threads of this crime he’d long thought impossible to solve. Not only has the passage of time obscured the details, but a murderer long thought dead continues to roam free—and is ready to strike again to keep the past buried.

“Hillerman is unbeatable at the flat planes of realistic conversation...For readers bent on the whodunit aspect, the title offers a whopping clue, but The Shape Shifter has more to offer than mystery.” —Washington Post
“Enthralling…Only Hillerman could so masterfully connect such disparate elements as an ancient cursed weaving, two stolen buckets of piñon sap, and the Vietnam War. The conclusion is sure to startle longtime fans of this acclaimed mystery series.” —Publishers Weekly (starred review)