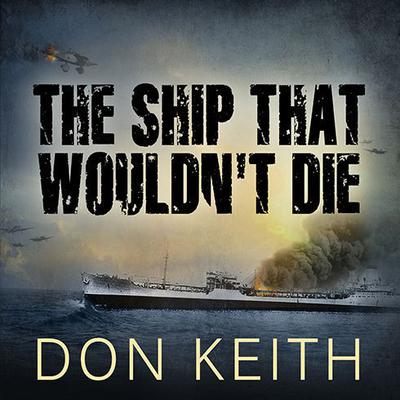 The Ship That Wouldn't Die: The Saga of the Uss Neosho - a World War II Story of Courage and Survival at Sea

In May 1942, Admiral Jack Fletcher’s Task Force 17 closed in for the war’s first major clash with the Japanese Navy. The Neosho, a vitally important tanker, was escorted by a destroyer, the Sims. The ships were attacked by Japanese dive bombers, and when the smoke cleared, the Sims had slipped beneath the waves. Scores of sailors were killed or wounded, while hundreds bobbed in shark-infested waters. It was the beginning of a hellish four-day ordeal as the crew struggled to stay alive and keep their ship afloat, while almost two hundred men in life rafts drifted away without water, food, or shelter. Only four of them would survive to be rescued after nine days. A tale of a ship as tough and resilient as its crew, The Ship That Wouldn’t Die captures the indomitable spirit of the American sailor—and finally brings to the surface one of the great untold sagas of the Pacific War.

Don Keith is a successful broadcaster and critically acclaimed novelist. He attended the University of Alabama, where he received his degree in broadcast and film. Keith has won numerous awards from the Associated Press and United Press International for news writing and reporting; he has also won Billboard magazine’s Radio Personality of the Year award. His first novel, The Forever Season, won the Alabama Literary Association’s Fiction of the Year Award in 1997. He currently lives with his wife in Indian Springs Village, Alabama.