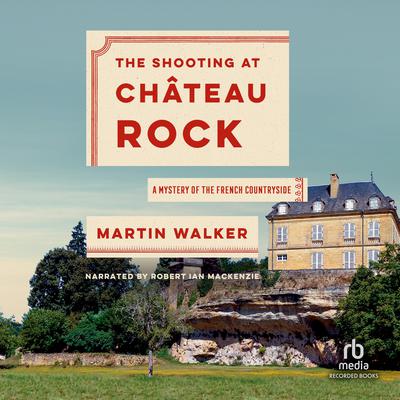 The Shooting at Chateau Rock

A Publishers Weekly Pick of Best Books of the Summer

When a locals death is linked to a Russian oligarch and his multinational conglomerate, Bruno faces one of his toughest cases yet, one that brings together a conniving French businessman and a rock starand, of course, Bergerac red and white. Its summer in the Dordogne. The heirs of a modest Périgordian sheep farmer learn upon his death that they have been disinherited, and their fathers estate sold to an insurance company in return for a policy that would have placed him in a five-star retirement home for the rest of his life. His children are immediately suspicious of the uncharacteristically lavish arrangement. Their inquest raises other unsavory questions about his passing: Was it a natural death? Was there foul play? Bruno begins an investigation that leads him to several shadowy companies owned by a Russian billionaire. The companies are based in Cyprus, Malta, and Luxembourg, but Bruno finds a way into the organization in France: a recently relocated notaire and an insurance agent. As Bruno pursues this ominious lead, the Russians daughter turns up in the Périgord, further complicating the case. All leads to a deadly denouement at the château of the rock star. It takes all of Brunos resolve and quick thinking to untangle the truth. But, as everBruno makes time for lunch.

“The real attraction here (and in every Bruno novel) isn’t the mystery, the solving of which is relegated to odd moments in Bruno’s schedule. No, the real star of any Bruno mystery is the chief’s enviable lifestyle.” —Booklist (starred review)
“Outstanding…Francophiles will relish the evocative descriptions of the Périgord region and its cuisine. Distinctive characters complement the intricate mystery. Readers new to this elegant series will feel right at home.” —Publishers Weekly (starred review)
“The affable but diligent policeman finds himself on the trail of some pretty nasty killers…Walker’s books…are consistently excellent.” —BookPage (starred review)

Martin Walker is the author of several works of nonfiction, fiction novels, and the Bruno, Chief of Police mystery series. After a long career of working in international journalism and for think tanks, he now gardens, cooks, explores vineyards, writes, travels, and has never been busier. He divides his time between Washington, DC, and the Dordogne.