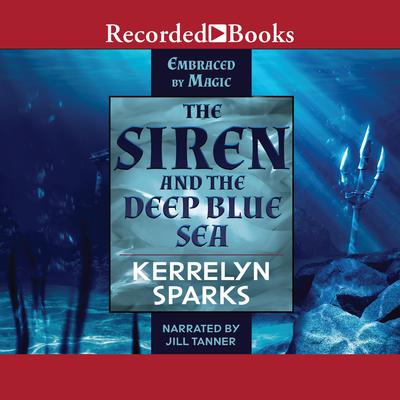 The Siren and the Deep Blue Sea

The Embraced by Magic Series: Book 2

Four sisters have become queens, rulers of all that Aerthlans two moons embrace. The last sister will forge her own path . . . Signs and Seals Raised on the magic-seeped Isle of Moon, Maeve is used to unusual powersand the way they fuel the politics of her world. But when she discovers an ability to shape-shift at will, she knows who she wants to share it with first. Brody, the enigmatic, infuriating shifter-spy has always made time for Maeve. But its been almost two months since shes seen him. And though no one else believes Brody is in danger, Maeve is more than ready to rescue him herself. The rumors Brodys investigating are terrifying: a secret army of magic-users, in the service of the cruel Circle of Five. But when he uncovers the identity of one of the Five, the mission becomes personal. Cursed as a boy by the Sea Witch, Brody can spend only two hours a day in his human form, a restriction that limits his future and muzzles his heart. Plus Maeve teases him for being such a pretty doggy instead of appreciating his manly charms. To win his freedom, he must take on a terrible disguise. And when Maeve finds out, shell unleash a tempest like no other . . .

Kerrelyn Sparks, a former tap dancer and high school French teacher, has always searched for creative ways to express herself. A prolific reader since childhood, she discovered that writing her own stories provided the ideal way to combine her loves of comedy, language, and history. And what a relief that the voices in her head have led to a paycheck instead of a padded room. Now a New York Times bestselling author, Sparks lives with her husband in the Greater Houston area.