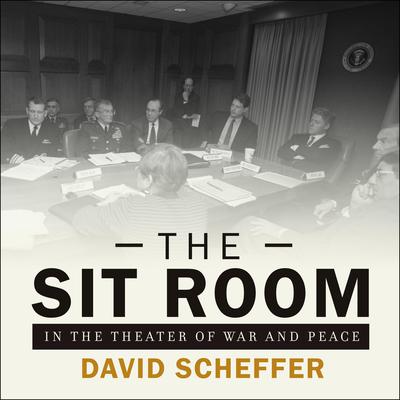 The Sit Room: In the Theater of War and Peace

The Sit Room brings you inside the secretive Situation Room of the White House, the most important deliberative room in the world, during the early 1990s when the author was one of the policymakers who framed the Clinton Administration's policy towards the bloody Balkans War. Drawing upon newly declassified documents and his own notes, David Scheffer, who later became America's first Ambassador-at-Large for War Crimes Issues, weaves the true story of how policy options were debated in the Sit Room among the highest national security officials. The road to a final peace deal in late 1995 came at the high price of the murderous siege of Sarajevo and ethnic cleansing of mostly Bosnian Muslims from their homes and towns, including the genocide of Srebrenica's men and teenage boys.

“Scheffer’s narrative is an epic diplomatic history…In it we see the birth of a more responsible and civilized world order.” —Publishers Weekly on All the Missing Souls

David Scheffer worked in the Deputies Committee of the National Security Council during the early 1990s and then became America’s first ambassador-at-large for war crimes issues. A graduate of Harvard, Oxford, and Georgetown universities, he is the Mayer Brown / Robert A. Helman Professor of Law at Northwestern’s Pritzker School of Law. Scheffer won the Berlin Prize in 2013 and received the Champion of Justice Award from the Center for Justice and Accountability in 2018.