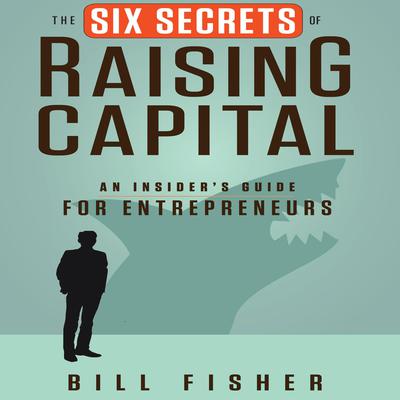 The Six Secrets of Raising Capital: An Insider's Guide for Entrepreneurs

Based on Bill Fisher’s master-class seminars—featured at The World Bank, The University of California, and Draper University—this book offers the kind of capital-raising street smarts that most entrepreneurs never tap into until it is too late. Fisher organizes the capital-raising process into six clear steps, and then breaks through the myths to reveal the triggers for success. For example, entrepreneurs are told that great business ideas get funded. Not true—great business stories get funded, and those stories all have a similar construction and shape, which can be learned. And yes, you need investors, but investors come with their own personality issues. You need the right match for long-term success, not just whoever is waving the biggest check. This book allows you to prepare for your investor meetings with a capital-raising expert coaching your every step.

“I was an investor and board member in one of Bill’s early companies, and I have watched him raise capital for other start-ups as well: Bill has developed a successful step-by-step approach to raising capital” —Tom Proulx, cofounder and CTO, Intuit Inc.
“I’ve partnered with Bill Fisher in promoting entrepreneurial ventures, and he is thoroughly professional when it comes to raising capital.” —Lorenzo Thione, founder of Bing

Bill Fisher is a serial entrepreneur, an international seed fund founder, and a former executive vice president with Wells Fargo Bank who managed the Silicon Valley Region and the $12 billion Northern California division. As a cofounder of the Tiburon family of international seed funds, he has realized twenty-one successful exits. He was the founder and CEO of GetSmart.com and Hometown Commercial Capital, and the cofounder of GetMobileEurope.de.