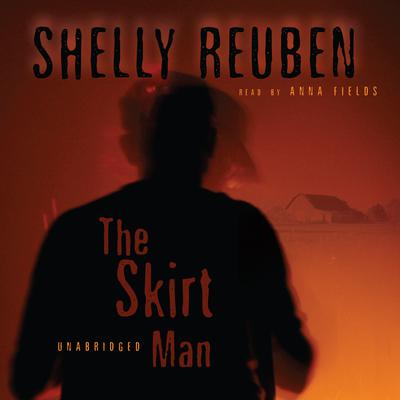 Every small town has an eccentric or two, and Killdeer, New York, is no exception. Morgan Mason attracts more than a few stares and resentment from locals when he drives through town on his tractor wearing a skirt. But minor small-town annoyances become more serious when the Skirt Man is killed in a tragic house fire in what some say is a case of spontaneous human combustion.

The fire occurs during a benefit ballet performance starring local Meredith Bly. Meredith’s father, State Trooper Sebastian Bly, and her uncle, Fire Marshal Billy Nightingale, are called in to investigate. Charred wood and chair remnants at the fire scene lead Sebastian and Billy to uncover clues that reveal hidden conflicts and a shocking discovery that will change the lives of everyone in Killdeer.

“The details of the investigation are fascinating; Reuben writes what she knows, and it shows.” —Publishers Weekly
“Reuben, author of two of the best novels about arson investigation, writes with insider knowledge as a licensed private investigator and a certified fire investigator; her touch is lighter than Earl Emerson’s or Suzanne Chazen’s, but her prose style is just as good. A surprise ending raises the mystery up several levels above the ordinary.” —Library Journal
“Reuben’s sixth is a lively whodunit with welcome affection for the uniqueness of small towns.” —Kirkus Reviews

Shelly Reuben has written numerous novels. Her first, Julian Solo, was nominated by the Mystery Writers of America for an Edgar Award and by the Libertarian Futurist Society for a Prometheus Award. Her novel Origin & Cause was nominated for a Falcon Award by the Maltese Falcon Society of Japan. She also writes two newspaper columns and regularly contributes short stories to the Forensic Examiner. She lives in New York City.