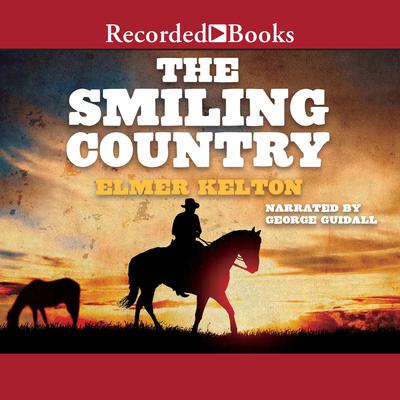 Elmer Kelton, author of over a dozen popular westerns, was named the Greatest Western Writer of All Time by the Western Writers of America. He has won multiple Golden Spur Awards. The Smiling Country, filled with pathos and humor, is set in the last days of the Old West. Hewey Calloway may be pushing 45, but he can still rope and outride most things on four legs. Refusing promotions, he prefers to remain a simple ranch hand. But as he rides the west Texas plains, automobiles are beginning to dot the landscape. When Hewey is critically injured by a wild horse, he must admit that his world--and an age--are passing away.

Elmer Kelton (1926–2009) was an award-winning author of more than forty novels. He won seven Spur Awards from Western Writers of America and four Western Heritage Awards from the National Cowboy Hall of Fame. He was also the recipient of the Owen Wister Lifetime Achievement award. His novel The Good Old Boys was made into a television film starring Tommy Lee Jones. He also wrote sixteen works of nonfiction. He grew up on a ranch near Crane, Texas, served in the infantry in World War II, and earned a journalism degree from the University of Texas. His first novel, Hot Iron, was published in 1956. In addition to his novels, he worked as an agricultural journalist for forty-two years.