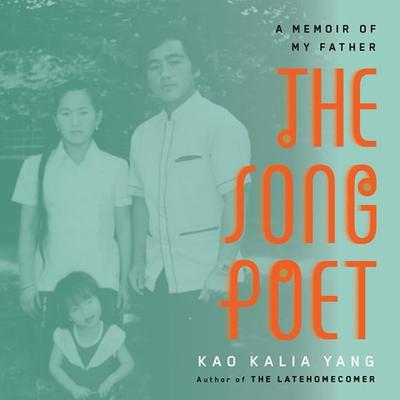 The Song Poet: A Memoir of My Father

In the Hmong tradition, the song poet recounts the story of his people, their history and tragedies, joys and losses; extemporizing or drawing on folk tales, he keeps the past alive, invokes the spirits and the homeland, and records courtships, births, weddings, and wishes.

Following her award-winning book The Latehomecomer, Kao Kalia Yang now retells the life of her father Bee Yang, the song poet, a Hmong refugee in Minnesota, driven from the mountains of Laos by American's Secret War. Bee lost his father as a young boy and keenly felt his orphanhood. He would wander from one neighbor to the next, collecting the things they said to each other, whispering the words to himself at night until, one day, a song was born. Bee sings the life of his people through the war-torn jungle and a Thai refugee camp. But the songs fall away in the cold, bitter world of a Minneapolis housing project and on the factory floor until, with the death of Bee's mother, the songs leave him for good. But before they do, Bee, with his poetry, has polished a life of poverty for his children, burnished their grim reality so that they might shine.

“[A] moving performance…Yang’s high-pitched, accented voice brims with affection for her subject…Yang’s tender narration underscores the lyricism and love that mark this story. When her voice lowers and cracks, listeners will feel the same lump in their own throats.” —AudioFile
“An exceptional storyteller…reminds us that big, timeless truths reveal themselves when we pay attention to small, specific details.” —Minneapolis Star Tribune
“A stellar memoir…Yang powerfully demonstrates that much of what society doesn’t hold valuable―gifts and talents that don’t translate into monetary or educational success―still carry immense value, if only we choose to see it.” —Library Journal (starred review)
“An elegantly written, moving testament to so many aspects of the human experience.” —Pioneer Press
“A memorable and moving immigrant story.” —Booklist

Kao Kalia Yang is the author of The Latehomecomer: A Hmong Family Memoir, which was winner of the 2009 Minnesota Book Award and a finalist for the PEN/John Kenneth Galbraith Award and the Asian American Literary Award. Her work has been published in Longreads and the Virginia Quarterly. She has taught at Columbia University and Concordia University–St. Paul, among other places.