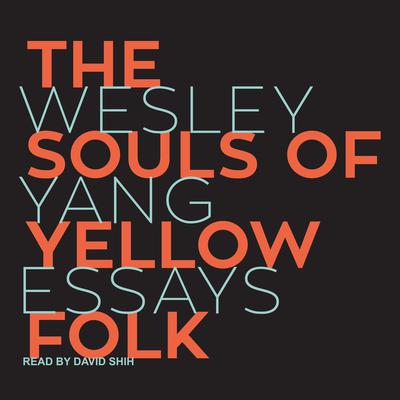 The Souls of Yellow Folk: Essays

One of the most acclaimed essayists of his generation, Wesley Yang writes about race and sex without the jargon, formulas, and polite lies that bore us all. His powerful debut, The Souls of Yellow Folk, does more than collect a decade's worth of cult-reputation essays—it corrals new American herds of pickup artists, school shooters, mandarin zombies, and immigrant strivers, and exposes them to scrutiny, empathy, and polemical force.

In his celebrated and prescient essay "The Face of Seung-Hui Cho," Yang explores the deranged logic of the Virginia Tech shooter. In his National Magazine Award–winning "Paper Tigers," he explores the intersection of Asian values and the American dream, and the inner torment of the child exposed to "tiger mother" parenting. And in his close reading of New York Magazine's popular Sex Diaries, he was among the first critics to take seriously today's Internet-mediated dating lives.

Yang catches these ugly trends early because he has felt at various times implicated in them, and he does not exempt himself from his radical honesty. His essays retain the thrill of discovery, the wary eye of the first explorer, and the rueful admission of the first exposed.