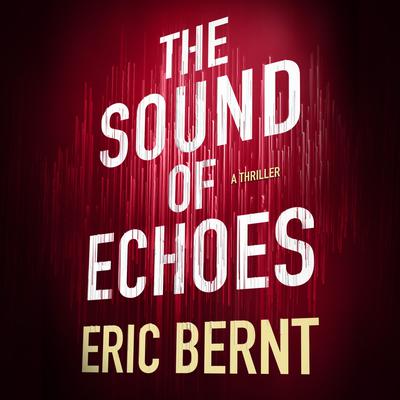 The Sound of Echoes

The Speed of Sound Thrillers: Book 2

Only one man can stop the most dangerous conspiracy ever designed in a shattering thriller about the end of secrets from the author of The Speed of Sound.

After going on the run—for what he knows and has created—autistic Eddie Parks is back in Harmony House, the think tank that has been his sanctuary for sixteen years. With his miraculous invention, an “echo box” that excavates sounds from the past, Eddie achieved the only thing he wanted: to hear his late mother sing. But where Eddie sees good, others see infamy. Because no conversation ever held will be a secret again.

For Bob Stenson, leader of the American Heritage Foundation, whoever controls the echo box controls the future. To seize the game-changing device, he has to get Eddie where he’s most vulnerable: by kidnapping Dr. Skylar Drummond, the only person in the world Eddie trusts.

But Stenson has underestimated his prey. Eddie has the power of echoes on his side. Now he must follow them—into the most dangerous places he’s ever ventured—to save Skylar and the country.