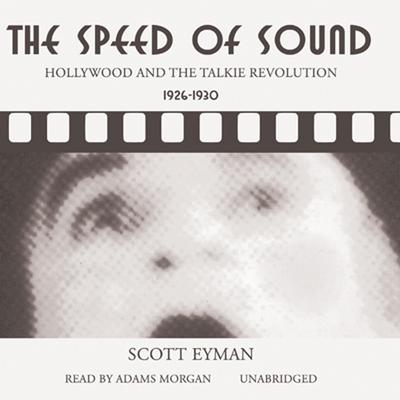 It was the end of an era—it was a turbulent, colorful, and altogether remarkable period, four short years in which America’s most popular industry reinvented itself.

Here is the epic story of the transition from silent films to talkies, that moment when movies were totally transformed and the American public cemented its love affair with Hollywood. As Scott Eyman demonstrates in his fascinating account of this exciting era, it was a time when fortunes, careers, and lives were made and lost, and when the American film industry came fully into its own.

In this mixture of cultural and social history that is both scholarly and vastly entertaining, Eyman dispels the myths and gives us the missing chapter in the history of Hollywood—the ribbon of dreams by which America conquered the world.

“Anyone with an interest in accurate film history or a desire to know what really happened in the era of the transition to sound would enjoy this book. You ain’t read nothing like it yet.” —Washington Post
“Eyman combines a historian’s zeal for detail and context with a storyteller’s talent for the perfect illustrative anecdote…A remarkable book that belongs in every film history collection.” —Library Journal
“Eyman captures the tenor and the terror of the times…A fascinating account of what Eyman terms ‘the destruction of one great art and the creation of another.’” —Booklist
“Eyman is particularly good at conveying the beauty of the fully developed art that was silent cinema…Eyman tells this story with wit and skill, detailing a surprisingly overlooked but crucial period in Hollywood history.” —Kirkus Reviews

Scott Eyman is the author or coauthor of fifteen books, including the New York Times bestsellers John Wayne and (with actor Robert Wagner), Pieces of My Heart and You Must Remember This. He was formerly the literary critic at the Palm Beach Post and now writes book reviews for the Wall Street Journal and contributes articles for the New York Times, the Washington Post, and the Chicago Tribune.