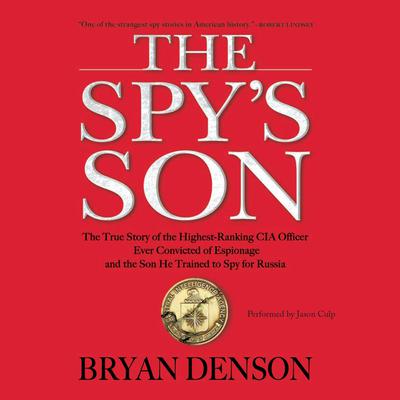 The Spy's Son: The True Story of the Highest-Ranking CIA Officer Ever Convicted of Espionage and the Son He Trained to Spy for Russia

Investigative reporter and Pulitzer Prize finalist Bryan Denson tells the riveting story of the Nicholsons—father and son co-conspirators who deceived their country by selling national secrets to Russia.

Jim Nicholson was one of the CIA's top veteran case officers. By day, he taught spycraft at the CIA's clandestine training center, The Farm. By night, he was a minivan-driving single father racing home to have dinner with his kids. But Nicholson led a double life. For more than two years, he had met covertly with agents of Russia's foreign intelligence service and turned over troves of classified documents. In 1997, Nicholson became the highest ranking CIA officer ever convicted of espionage. But his duplicity didn’t stop there. While behind the bars of a federal prison, the former mole systematically groomed the one person he trusted most to serve as his stand-in: his youngest son, Nathan. When asked to smuggle messages out of prison to Russian contacts, Nathan saw an opportunity to be heroic and to make his father proud.