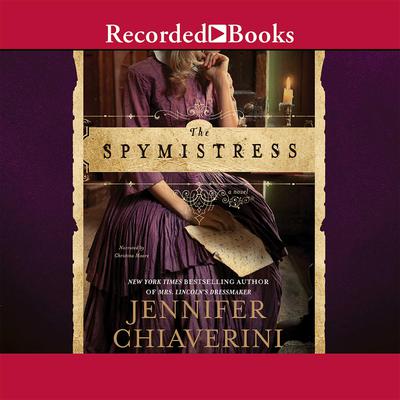 Born to slave-holding aristocracy in Richmond, Virginia, and educated by Northern Quakers, Elizabeth Van Lew was a paradox of her time. When her native state seceded in April 1861, Van Lew' s convictions compelled her to defy the new Confederate regime. Pledging her loyalty to the Lincoln White House, her courage would never waver, even as her wartime actions threatened not only her reputation, but also her life. Van Lew' s skills in gathering military intelligence were unparalleled. She helped to construct the Richmond Underground and orchestrated escapes from the infamous Confederate Libby Prison under the guise of humanitarian aid. Her spy ring' s reach was vast, from clerks in the Confederate War and Navy Departments to the very home of Confederate President Jefferson Davis. Although Van Lew was inducted posthumously into the Military Intelligence Hall of Fame, the astonishing scope of her achievements has never been widely known. In Chiaverini' s riveting tale of high-stakes espionage, a great heroine of the Civil War finally gets her due.

“Readers of historical and inspirational fiction will admire Van Lew’s courage and commitment to her principles and the bravery of her ring of spies.” —Booklist
“If you’re looking for a meticulously researched and often fascinating account of life on the Confederate home front for wealthy Union sympathizers, this is your book.” —RT Book Reviews

Jennifer Chiaverini is the author of the New York Times bestselling Mrs. Lincon’s Dressmaker, The Spymistress, Mrs. Lincoln’s Rival, and the Elm Creek Quilts series. She has also written numerous collections of quilt patterns inspired by her novels, and her quilt patterns have been featured in publications such as Country Woman, Quiltmaker, and Quilt. A former professor of writing at Edgewood College and Penn State, she lives with her husband and two sons in Madison, Wisconsin.