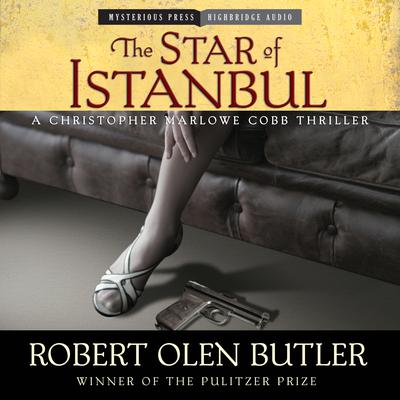 The Star of Istanbul: A Christopher Marlowe Cobb Thriller

The first World War is underway; Germany has allied with the Ottoman Empire, and the Turkish caliphs have declared jihad on the British Empire. Meanwhile, U.S. President Woodrow Wilson hesitates to enter the fray. Aboard the passenger liner Lusitania, war correspondent and American spy Kit Cobb has been assigned to shadow a German intellectual and possible covert agent who is believed to have information vital to the war effort. During the voyage Cobb is smitten with famed actress Selene Bourgani, who inexplicably seems to be working for the Germans.

Cobb soon realizes this simple actress is anything but, as she harbors secrets that could pour gasoline on a world already in flames. From the doomed voyage of the Lusitania to the darkest corners of London to the powder keg that is Istanbul, Cobb must venture deep behind enemy lines and use all the cunning in his possession to uncover Bourgani’s true motives.

“Zestful, thrilling…A ripping good yarn.” —Wall Street Journal
“Butler is an excellent observer of interior psychological detail…It’s a pleasure to watch Cobb clear away layer upon layer of scheming and disguises to expose some ugly truths about humanity.” —Kirkus Reviews

Robert Olen Butler is the author of more than ten novels and three story collections. In addition to a Pulitzer Prize in 1993 and a National Magazine Award in 2001 and 2005, he has received a Guggenheim Fellowship in fiction and an NEA grant, as well as the Richard and Hinda Rosenthal Award from the American Academy of Arts and Letters. He teaches creative writing at Florida State University.