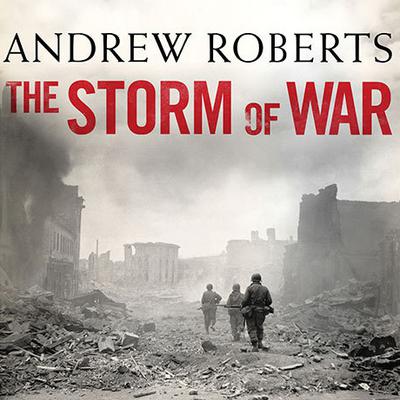 The Storm of War: A New History of the Second World War

The Second World War lasted for 2,174 days, cost $1.5 trillion, and claimed the lives of more than 50 million people. What were the factors that affected the war's outcome? Why did the Axis lose? And could they, with a different strategy, have won? Andrew Roberts's acclaimed new history has been hailed as the finest single-volume account of this epic conflict. From the western front to North Africa, from the Baltic to the Far East, he tells the story of the war—the grand strategy and the individual experience, the cruelty and the heroism—as never before. In researching this magnificently vivid history, Roberts walked many of the key battlefields and wartimes sites in Russia, France, Italy, Germany, and the Far East, and drew on a number of never-before-published documents, such as a letter from Hitler's director of military operations explaining the reasoning behind the Führer's order to halt the Panzers outside Dunkirk—a delay that enabled British forces to evacuate. Roberts illuminates the principal actors on both sides and analyzes how they reached critical decisions. He also presents the tales of many little-known individuals whose experiences form a panoply of the extraordinary courage and self-sacrifice, as well as the terrible depravity and cruelty, of the Second World War. Meticulously researched and masterfully written, The Storm of War gives a dramatic account of this momentous event and shows in remarkable detail why the war took the course it did.

Andrew Roberts is the bestselling author of The Storm of War, Masters and Commanders, Napoleon and Wellington, and Waterloo. A Fellow of the Napoleonic Institute, he has won many prizes, including the Wolfson History Prize and the British Army Military Book Award, writes frequently for the Wall Street Journal, and has written and presented a number of popular documentaries. He lives in New York City.