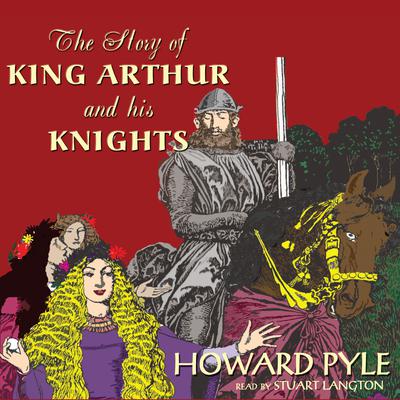 The Story of King Arthur and His Knights

For hundreds of years, the legend of King Arthur and the Knights of the Round Table has been one of the world's most precious literary possessions. In 1902, the distinguished American artist Howard Pyle undertook to retell this classic. His four-volume work on King Arthur has long been considered one of the outstanding interpretations of the Arthur cycle. This first volume, The Story of King Arthur and His Knights conveys the true spirit of the England of that time, when Arthur Pendragon was overlord of Britain and Merlin was a powerful enchanter, when the sword Excalibur was forged and won, and when the Round Table came into being.

“Howard Pyle’s 1902 retelling of the English classic captures all the mystery, language, and legend of the early days of King Arthur…The old stories take on a fresh vitality under Langton’s skillful touch and leave us looking for the next volume.” —AudioFile