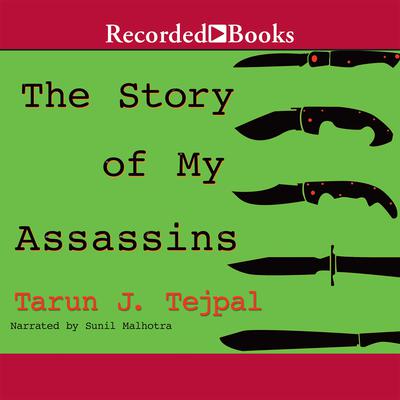 The Story of My Assassins

A celebrated literary novelist and journalist, Tarun J. Tejpal has seen his fiction awarded France's Prix Mille Pages. Based on actual events, The Story of My Assassins is the tale of an Indian journalist who learns that the police have arrested five hitmen on their way to kill him. His life upended, the man delves into the lives of his would-be assassins - even as he manages a new romance.

“Clever…inventive…In the profoundest way, Tarun Tejpal writes for India.” —V. S. Naipaul, winner of the Nobel Prize for Literature
“Spine chilling…written with flair and clear-eyed acidity.” —New Yorker
“Presents an incredible panoply of iniquity spanning all strata of Indian society, from gangs of child cutpurses to politicians on the take…The pleasing surprise is that Mr. Tejpal writes with splendid élan: His novel is a stylish, erudite potboiler that reads like a mix of Alexandre Dumas and India’s ancient national epic, the Mahabharata.” —Wall Street Journal
“Richly detailed…Tejpal is a consummate crafter…The power of The Story of My Assassins lies…in its handling of the messy detail of steel and flesh—a whole page is dedicated to the pros and cons of the screwdriver as a weapon—and in its portrayal of the imagined feeling of common criminals, as much sinned against as sinning, in the mayhem of today’s India.” —Financial Times
“Complex, dark, exhilarating…all told with the eye of a journalist but with the verve of a novelist.” —Guardian (London)
“Tejpal’s masterful US debut is an epic tale of modern-day India and its labyrinthine social and political machinations…It is a sweeping indictment of government bureaucracy, a revelation of the layered consequences of revenge, an exposé of the stunning violence visited upon victims of circumstance, and a brazen censure of how technology has quashed imagination—it is also a philosophical treatise on how to live one’s life to the fullest.” —Publishers Weekly (starred review)