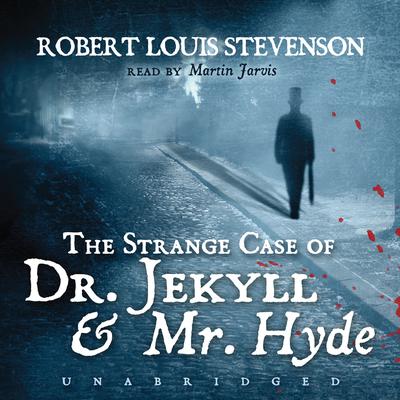 The Strange Case of Dr. Jekyll and Mr. Hyde

Stark and skillfully woven, this fascinating novel is a brilliantly original study of man’s dual nature as well as an immortal tale of suspense and terror.

Dr. Jekyll, a generous and philanthropic physician, is preoccupied with the problem of good and evil, and how to separate them. He develops a drug that will transform him into the demonic Mr. Hyde, in whose person he can exhaust all the latent evil in his nature. He also creates an antidote that will restore him to his respectable existence as Dr. Jekyll. Gradually, however, the unmitigated evil of his darker self begins to predominate.

This tale of the twisted, malevolent persona unleashed from a mild-mannered physician has lost none of its ability to shock. Its realistic police-style narrative chillingly relates Dr. Jekyll’s desperation as Hyde gains control of his soul—and gives voice to our own fears of the violence and evil within us.

“[A] gripping reading of Stevenson’s classic…Jarvis’ pacing is excellent, his characterization spot on, and his renditions of Jekyll and Hyde perfect.” —Publishers Weekly (starred audio review)
“A fable that lies nearer to poetry than to ordinary prose fiction.” —Vladimir Nabokov
“In its dramatization of the dark side of human nature, Stevenson’s novel anticipates Sigmund Freud’s study of the primitive forces of the mind that dwell in what he termed the unconscious and the id.” —Masterpieces of World Literature
“The theme of human duality…is nowhere presented with more force and originality than in Robert Louis Stevenson’s Dr. Jekyll and Mr. Hyde…Based upon the dual personalities of a single man representing beauty and beast, the story reveals Stevenson’s understanding of human nature and his mastery of English prose.” —Masterpieces of World Literature
“The novel is of great psychological perception and strongly concerned with ethical problems.” —Reader’s Encyclopedia
“Martin Jarvis delivers a gripping reading of Stevenson’s classic…Jarvis’s pacing is excellent, his characterization spot on, and his renditions of Jekyll and Hyde perfect; he creates two distinct characters that illustrate the story’s exploration into the duality of human nature.” —Publishers Weekly (starred audio review)
“Narrator Martin Jarvis masterfully delivers this classic tale of duplicity and transformation. His interpretation of the author’s period and language makes for a performance that gives the famous characters a deserving renaissance. In the conversations, Jarvis sometimes gives characters distinct personalities and sometimes doesn’t. His timing creates suspense, his sudden increases in volume startle, and his whispers imply the unspoken. The work itself—with its nineteenth-century English vocabulary and clever manner of revealing Jekyll’s dark secret—shows scant resemblance to the modern mystery story. But the journey through gossip, innuendo, and suspicion comes from a writer of such talent that his stories will live forever.” —AudioFile
“To hear Stevenson’s original story read to such a theatrically elegant perfection by award-winning British stage, film and television actor Martin Jarvis is a wonderful audio book experience.” —SoundCommentary.com (starred review)