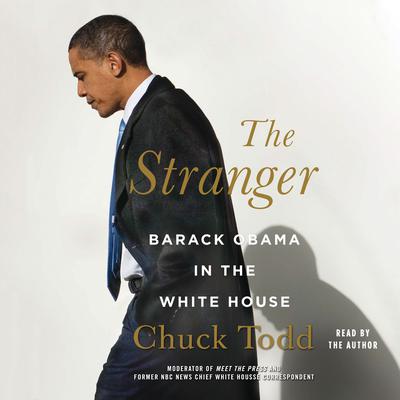 The Stranger: Barack Obama in the White House

Barack Obama won the presidency in 2008 partly because he was a Washington outsider. But when he got to 1600 Pennsylvania Avenue, that distinction turned out to be double-edged. While he’d been a brilliant campaign politician, working inside the system as president turned out to be much more of a challenge than Obama had ever imagined.

NBC Chief White House Correspondent Chuck Todd draws upon his unprecedented inner-circle sources to create a gripping account of Obama’s tumultuous White House years. In doing so, not only does Todd give us the most revealing portrait yet of this fascinating president and his struggles, but illuminates what “Obamism” really is, what the president stands for, and how his decisions have changed—and will change—American politics for generations.

“An even-handed, concise, and thorough account of President Obama’s first six years…Todd doesn’t believe that right-wing extremism lets the president off the hook and offers example after example of times when his aloof approach to Congress hobbled his legislative initiatives. The book also compares the efficiency of Obama’s electoral campaigns to his subpar management in office. There isn’t a lot here that will be news to readers who follow politics closely—no Bob Woodward–type revelations—but the thoughtful organization of material makes this as good a summation of Obama’s successes and failures, and the reasons for them, as anything else out there.” —Publishers Weekly
“Todd considers Obama’s first term, clarifying how he changed the political landscape and what ‘Obamism’ really means.” —Library Journal

Chuck Todd is the chief White House correspondent and political director of NBC News, and a contributing editor to Meet the Press. He has written for the New York Times, the Washington Post, and for the Atlantic, where he is a contributing editor. He teaches a graduate political communications course at Johns Hopkins University.