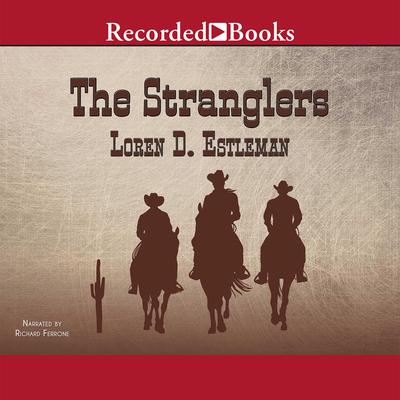 Each member of the five-man posse brought a special talent to the expedition, but not one of them was prepared for what greeted them at the top of a grassy slope in an aspen clearing one summer afternoon.

Loren D. Estleman is a former Detroit-area newspaperman and an award-winning author of mainstream fiction, Westerns, criticism, and mysteries. He has written more than sixty books and hundreds of short stories and articles and has been nominated for the National Book Award and the Edgar Allan Poe Award. His detective fiction has earned four Shamus Awards, a Barry Award, and two American Mystery Awards. His Western fiction has earned the Elmer Kelton Award, five Spur Awards, three Western Heritage Awards, two Stirrup Awards, and a Popular Fiction Magazine Outstanding Writer Award. He has received lifetime achievement awards from the Western Writers of America, the Private Eye Writers of America, the Short Mystery Fiction Society, and the Arts Alliance of Ann Arbor, Michigan.