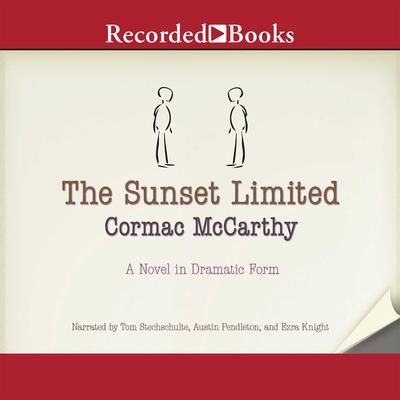 The Sunset Limited: A Novel in Dramatic Form

A recipient of the National Book Award, National Book Critics Circle Award and the Pulitzer Prize, Cormac McCarthy has established himself as the rare author whose every work is a cause for celebration. With this novel in dramatic form, McCarthy gives voice to existential dread and ultimate meaning. "Like the novelists he admires-Melville, Dostoyevsky, Faulkner-Cormac McCarthy has created an imaginative oeuvre greater and deeper than any single book. Such writers wrestle with the gods themselves."-Washington Post Book World

“A brilliantly articulated piece, penned by a wildly acclaimed fiction writer. Nothing short of dazzling. So astonishingly effecting, so powerful, so stimulating!” — Chicago Tribune