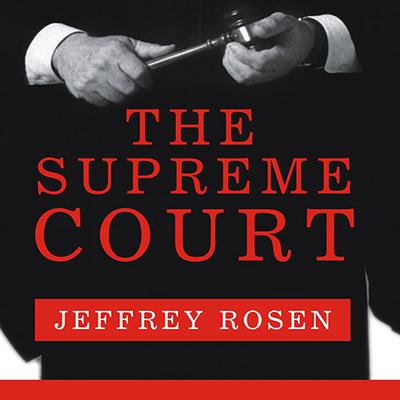 The Supreme Court: The Personalities and Rivalries That Defined America

A leading Supreme Court expert recounts the personal and philosophical rivalries that forged our nation's highest court and continue to shape our daily lives. The Supreme Court is the most mysterious branch of government, and yet the Court is at root a human institution, made up of very bright people with very strong egos, for whom political and judicial conflicts often become personal. In this compelling work of character-driven history, Jeffrey Rosen recounts the history of the Court through the personal and philosophical rivalries on the bench that transformed the law-and by extension, our lives. The story begins with the great Chief Justice John Marshall and President Thomas Jefferson, cousins from the Virginia elite whose differing visions of America set the tone for the Court's first hundred years. The tale continues after the Civil War with Justices John Marshall Harlan and Oliver Wendell Holmes, who clashed over the limits of majority rule. Rosen then examines the Warren Court era through the lens of the liberal icons Hugo Black and William O. Douglas, for whom personality loomed larger than ideology. He concludes with a pairing from our own era, the conservatives William H. Rehnquist and Antonin Scalia, only one of whom was able to build majorities in support of his views. Through these four rivalries, Rosen brings to life the perennial conflict that has animated the Court-between those justices guided by strong ideology and those who forge coalitions and adjust to new realities. He illuminates the relationship between judicial temperament and judicial success or failure. The stakes are nothing less than the future of American jurisprudence.

Jeffrey Rosen is the author of several nonfiction books including Louis D. Brandeis and William Howard Taft. He is the president and chief executive officer of the National Constitution Center, a law professor at George Washington University, and a contributing editor for The Atlantic. He was previously the legal affairs editor of the New Republic and a staff writer for the New Yorker.