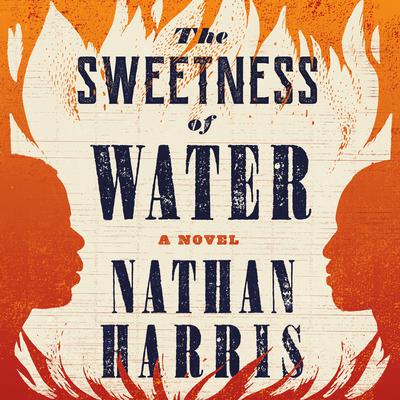 The Sweetness of Water: A Novel

In the spirit of The Known World and The Underground Railroad, “a miraculous debut” (Washington Post)​ and “a towering achievement of imagination” (CBS This Morning)about the unlikely bond between two freedmen who are brothers and the Georgia farmer whose alliance will alter their lives, and his, forever—from “a storyteller with bountiful insight and assurance” (Kirkus)

A July Indie Next Pick

In the waning days of the Civil War, brothers Prentiss and Landry—freed by the Emancipation Proclamation—seek refuge on the homestead of George Walker and his wife, Isabelle. The Walkers, wracked by the loss of their only son to the war, hire the brothers to work their farm, hoping through an unexpected friendship to stanch their grief. Prentiss and Landry, meanwhile, plan to save money for the journey north and a chance to reunite with their mother, who was sold away when they were boys.

Parallel to their story runs a forbidden romance between two Confederate soldiers. The young men, recently returned from the war to the town of Old Ox, hold their trysts in the woods. But when their secret is discovered, the resulting chaos, including a murder, unleashes convulsive repercussions on the entire community. In the aftermath of so much turmoil, it is Isabelle who emerges as an unlikely leader, proffering a healing vision for the land and for the newly free citizens of Old Ox.

With candor and sympathy, debut novelist Nathan Harris creates an unforgettable cast of characters, depicting Georgia in the violent crucible of Reconstruction. Equal parts beauty and terror, as gripping as it is moving, The Sweetness of Water is an epic whose grandeur locates humanity and love amid the most harrowing circumstances.

“Richly imagined…deeply compassionate.” —Austin Chronicle
“Celebrating all manner of relationships that combat hate, this novel is a hopeful glimpse into the long legacy of American racial and civil tensions.” —BookPage (starred review)
“Creates a fascinating and compelling look into the Civil War era by taking a well-known aspect of the period, the Emancipation Proclamation, and candidly depicting the confusion in the aftermath of the new law.” —New York Journal of Books
“Expertly introduces explosive plot twists across parallel threads…This novel is simply the best I have read in years.” —Texas Monthly
“Evokes the mid-nineteenth century…with extraordinary sensitivity to the range of responses from Black and White Americans contending with a revolutionary ideal of personhood.” —Washington Post
“Beautiful…This book is profound.” —Wall Street Journal
“The Sweetness of Water is gorgeous and deeply affecting in the tradition of James McBride and Colson Whitehead, but the book’s unforgettable gift is Nathan Harris’s unique voice and breathtaking vision.” —Bret Anthony Johnston, author of Remember Me Like This
“Harris’s lucid prose and vivid characterization illustrate a community at war with itself, poisoned by pride and mired in racial and sexual bigotry.” —Booklist (starred review)
“Harris writes in intelligent, down-to-earth prose and shows a keen understanding of his characters.” —Publishers Weekly (starred review)
“As the best writers can do, Nathan takes us back in time and helps us to feel we are right there with Prentiss and Landry as they get their first taste of freedom. I rooted for them, and feared for them too.” —Oprah Daily
“Harris…does what all novelists are supposed to do—give birth to vivid characters, people worth caring about, and then get out of their way. The result is better than any debut novel has a right to be.” —Richard Russo, New York Times bestselling author

Nathan Harris holds an MFA from the Michener Center at the University of Texas. He is a recipient of the University of Oregon's Kidd Prize and was a finalist for the Tennessee Williams Fiction Prize. He is a graduate of Ashland High School, Ashland, Oregon, and lives in Austin, Texas. The Sweetness of Water is his first novel.