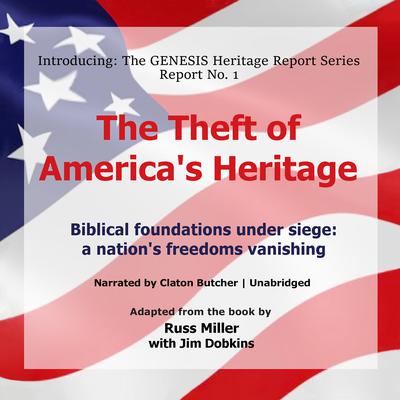 The Theft of America’s Heritage: Biblical Foundations under Siege: A Nation’s Freedoms Vanishing

By Russ Miller , with Jim Dobkins
Read by Claton Butcher

Russ Miller founded Creation, Evolution & Science Ministries in 2000, walking away from a successful nationwide management recruitment firm he spent eighteen years building. He’s dedicated his life to studying Creation-Evolution issues and developing CESM’s popular, yet challenging, PowerPoint programs. Russ has presented over one thousand seminars and church service messages and appeared on international telecasts. Through thousands of radio programs he has presented scientific evidences which have challenged hundreds of thousands of Christians worldwide to confidently believe the whole Bible—word for word and cover to cover.